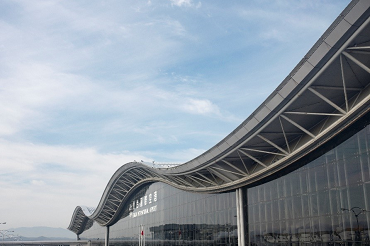 Resilient economic infrastructure plays an increasingly significant role in mitigating natural disaster risks, including hydrometeorological and geophysical hazards, especially in the contexts of climate variability and change. The impacts of extreme natural hazards and climate change are becoming increasingly visible over the past decades. Between 1994 and 2013, natural disasters claimed the lives of 1.35 million people, more than half of whom died in earthquakes, and the remainder owing to weather- and climate-related hazards (CRED 2015). Since 2000, an average of 341 hydrometeorological disasters (mainly floods and storms) occurred annually—a 44 percent increase from the 1994–2000 average and well over twice the frequency in 1980–89 (CRED 2015). In addition to climate variability and change, rapid urbanization is concentrating risk in vulnerable regions of the world. Without major investments in resilience, climate change may push up to 77 million people into poverty by 2030 (World Bank 2016).

In emerging markets and developing economies, the largest source of infrastructure investment is still domestic public spending. It is estimated that it will cost trillions of dollars to meet rising aspirations for better infrastructure, health, and education in these countries—more than multilateral development banks or international donors can provide by themselves. Therefore, there is an increasing demand for and attention on public-private-partnerships (PPPs) to maximize finance for development.

Most of the countries face the following key challenges in incorporating resilience into infrastructure PPPs: (a) contractual allocation of natural disaster risks between the public and private sectors; (b) management of long-term contracts under uncertainty; and (c) commercial viability and uncertainty in the cost implications of resilience investments.